I was recently curious regarding architectural statistics globally, it further led me to research Ireland’s numbers in this area also. I find the recession most interesting, demonstrating there was significant activity within the sector considering the economic conditions. The below table I compiled from CSO figures at the reference link below for Total no. of Granted Home Extensions in Ireland from 2009 – 2018. 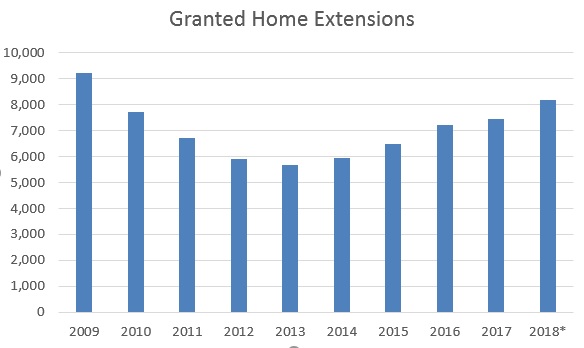 *2018 Q4 Figures were unavailable so an average was calculated based on previous Quarters.

To further apply financial revenue in terms of Design Fee’s for Design & Planning Stage. I compiled the below table, being as conservative as possible to what the average fee may have been. I have created scenarios assuming either €1500, 1200 or 1000, in my opinion, are on the conservative side. 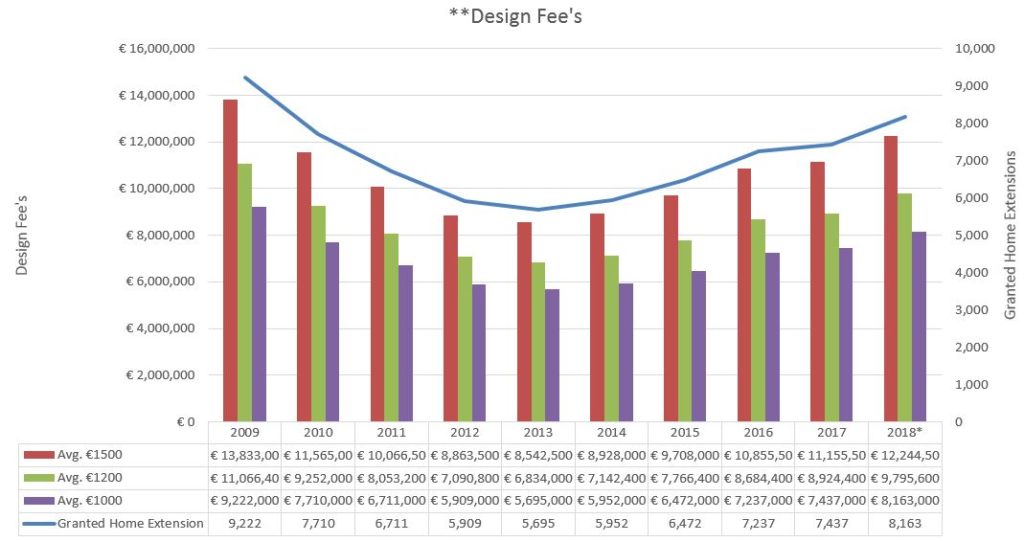 The above would indicate that in 2013, at the lowest point we still had 5,695 home extensions granted. Even taking €750, as the average design fee would have generated €4.2 Million in the economy for SME Architectural/Design firms just for home extensions.

In addition, the total number of one-off homes granted (doesn’t include multi-housing development) is around 50% of the home extension’s granted figure. All of the above € figures are my own opinion and I welcome your contribution or contradiction.

In summary, Micro & SME firms contribute significantly to the architectural industry in Ireland.